Recently an “expert” on, well everything, stated that Christians should all be “locked up”. He says, “we are not obliged to indulge in your irrationality in the name of your religious freedom”.  Same page, “Subway to drop ham and bacon products from 200 stores for Muslim population.” Whose religious irrationality? And the worse thing, they don’t even know how hypocritical they are. 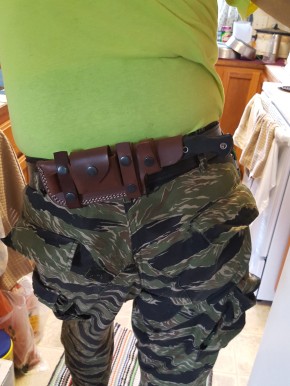 WaPo headline; “ Rich guys are most likely to have no idea what they are talking about,” study suggests. Just how much do you pay people to write this?

See the review by E. Telcontar in The American Thinker. The best “Avengers; End Game” review I have read to date.  Awesome.

“One of these is not like the others” dah dah dah

Am I the only one that doesn’t think torn frayed jeans are attractive?

If you’re not watching “The Oroville”, you just don’t know how good tv can really be.