First let me make something perfectly clear, I am the enemy. I am an old(er), conservative, white male. According to everything being said, I am the enemy. As far as I can tell, I am the only person to admit I voted for Nixon, and Trump. Wow, am I something.

But the Rule of Law, and the presumption of innocence, has been replaced by the Cry of Accusation, and guilt by public decree.  Evidence no longer matters. Hell, even a trial isn’t needed anymore.

Our Representative Hirono has pronounced one man guilty without evidence or trial, and by association all men. Her cry is all men  should “shut up and stand up”. Ok, I know what shut up means. But the “stand up” is a little fuzzy. Stand up for what?, Certainly not ourselves. And not for women, they are strong and powerful enough to stand up themselves.      Aren’t they?

Mazie ; “not my Representative”. 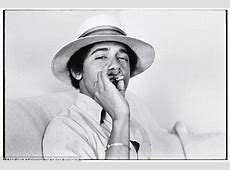 And not my president either.