As I said I’ve been watching a lot of movies while recovering.

One I watch was “The Fencer”, a 2015 movie made in Finland, sub-titles, about Endel Nelis. Nominated for a number of international awards this was a nicely filmed  family movie about Estonia just after the end of WWII. A truly nice film.

The movie caught my attention because it reminded me of how I got into fencing. I started fencing in 1962. Yes, that’s me far right, bottom row. Good God, what happened to that kid? 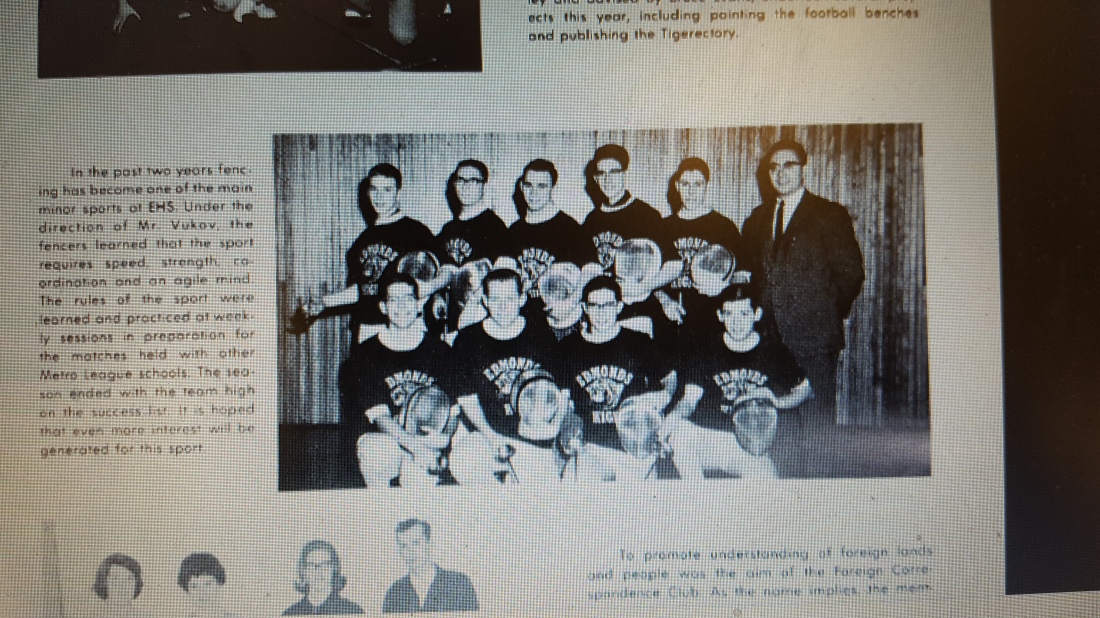 Our instructor was Anton Vukov. He taught math and history at Edmonds High School. He had fled Hungary during the Revolt of 1956. He made his way to America, Seattle, and became a teacher. He epitomized the professional teacher of the era. Jackets and ties were the dress of the time.

Prior to the “revolt” he had also been a member of the Hungarian National Fencing Team and was world known, among fencers. Since we were the only “high” school team we were competing against University students in Washington , Oregon, and British Columbia. He was a strict fencing master, but knew how to make a joke when it was needed.

He taught us footwork, blade work, and instilled in us the love of the sport. I have continued to fence throughout my life, worked as a sparring partner for an Air Force captain trying for the U.S. Olympic team, and even won a Hawaii State Sabre Championship a long long time ago.

I lost contact with all those young men many years ago.

I would like to say, Mister Vukov, thank you. Your gift has stayed with me all my life.